Here Rest the Unidentified Victims of the Brooklyn Theater Fire 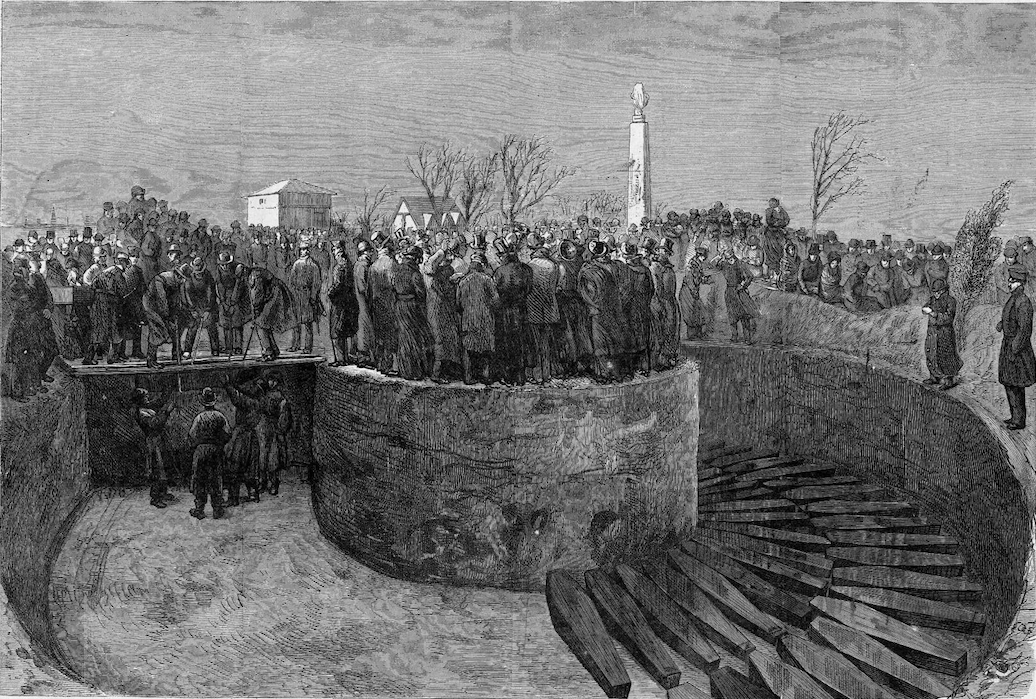 On December 30, 1876, the last victim of the Brooklyn Theater fire was laid to rest in the Green-Wood Cemetery. That day, Harper’s Weekly journal printed an engraving made from a sketch by Edwin Austin Abbey (above). This was the only known image of the scene at the Cemetery on December 9, when the mass burial of the unidentified victims of the fire took place. As I wrote in my previous blog post, the exact number of the victims was different from source to source. To date, I have located all three death certificates that were issued by Coroner Simms pertaining to those victims whose bodies were not identified; their number is 102.

The circular mass grave, as the image above shows, is located at the corner of Battle and Bay View Avenues in the Green-Wood Cemetery. Properly numbered lots 22427-22432 in Section N, the gravesite was purchased by the City of Brooklyn. Four years after the burial, after many political debates about the cost and design, a monument commemorating the tragic event was erected at the center of the circular lots.

At the time of the monument’s installation, the lots were enclosed with an iron railing connected by granite posts. Sometime in 1960s, as indicated by the Cemetery’s records, some of the railings were stolen in an act of vandalism prompting the removal of the remaining enclosures. Though the surrounding area has changed drastically, the monument still stands tall. 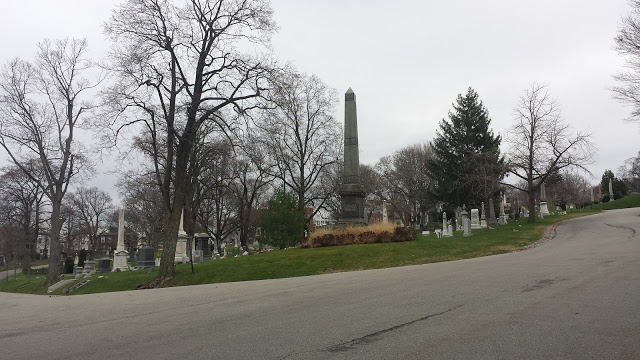 The gray obelisk monument was inscribed with the history of the fire on its four panels, one of which reads: the remains of one hundred and three were buried in this plot with civic and military honors on Saturday, December 9, 1876. Despite what is inscribed on the stone, the actual number of unrecognized bodies is 102, as the official records (below) show. Moreover, the following four known victims were also laid to rest in the mass grave:

As the New Year approaches, I am making my resolutions, one of which is to complete my goal of establishing the online memorial for the 142nd anniversary of the fire. I am hoping to write about individual victims in my next posts, in which I will address the discrepancies in the above-listed names and death certificates. In the meantime, here are copies of three death certificates as they were issued for the “unknown” victims. 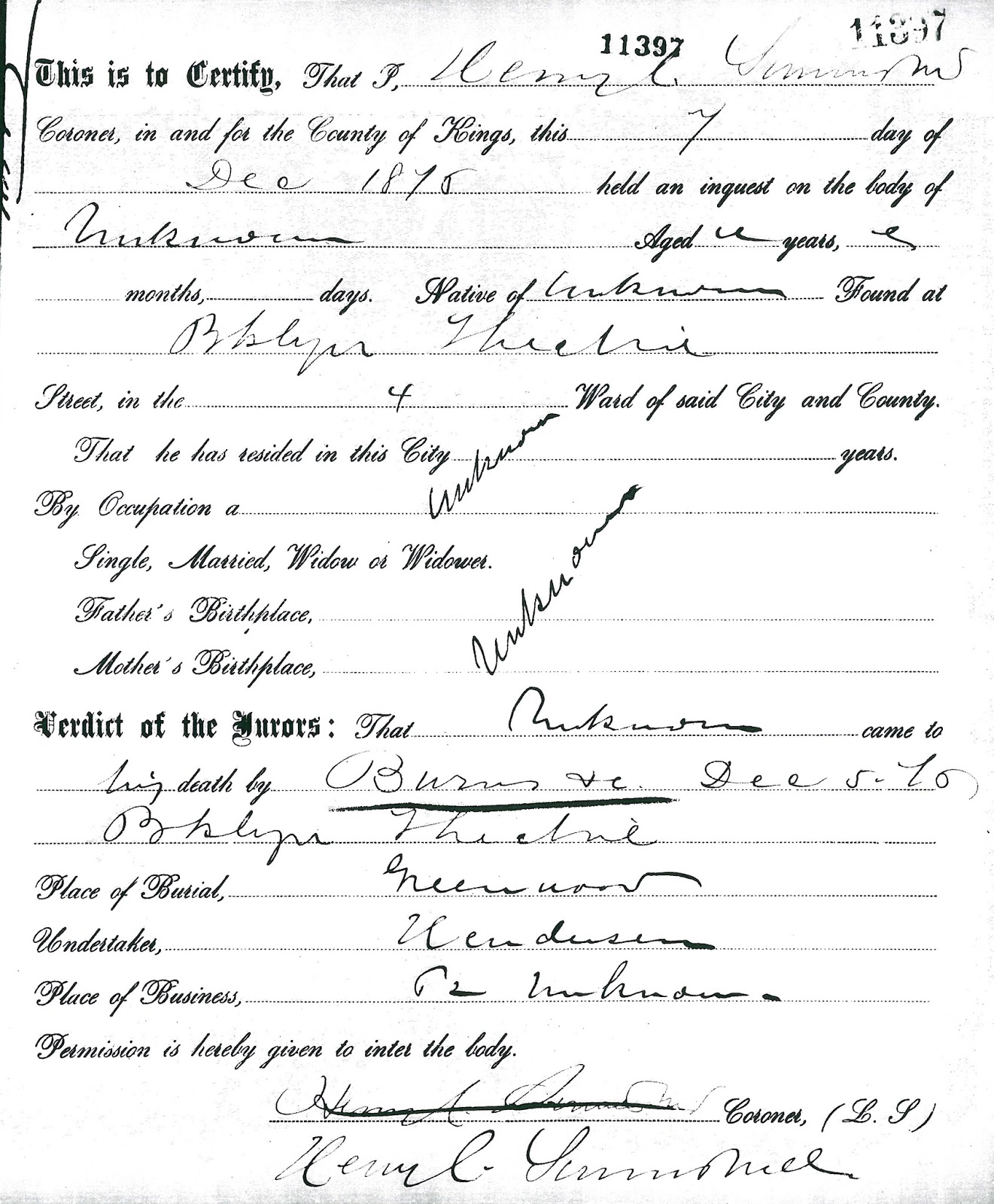 Certificate of Death 11397 issued for one unknown who died “by Burns on Dec 5, ’76” at Brooklyn Theatre 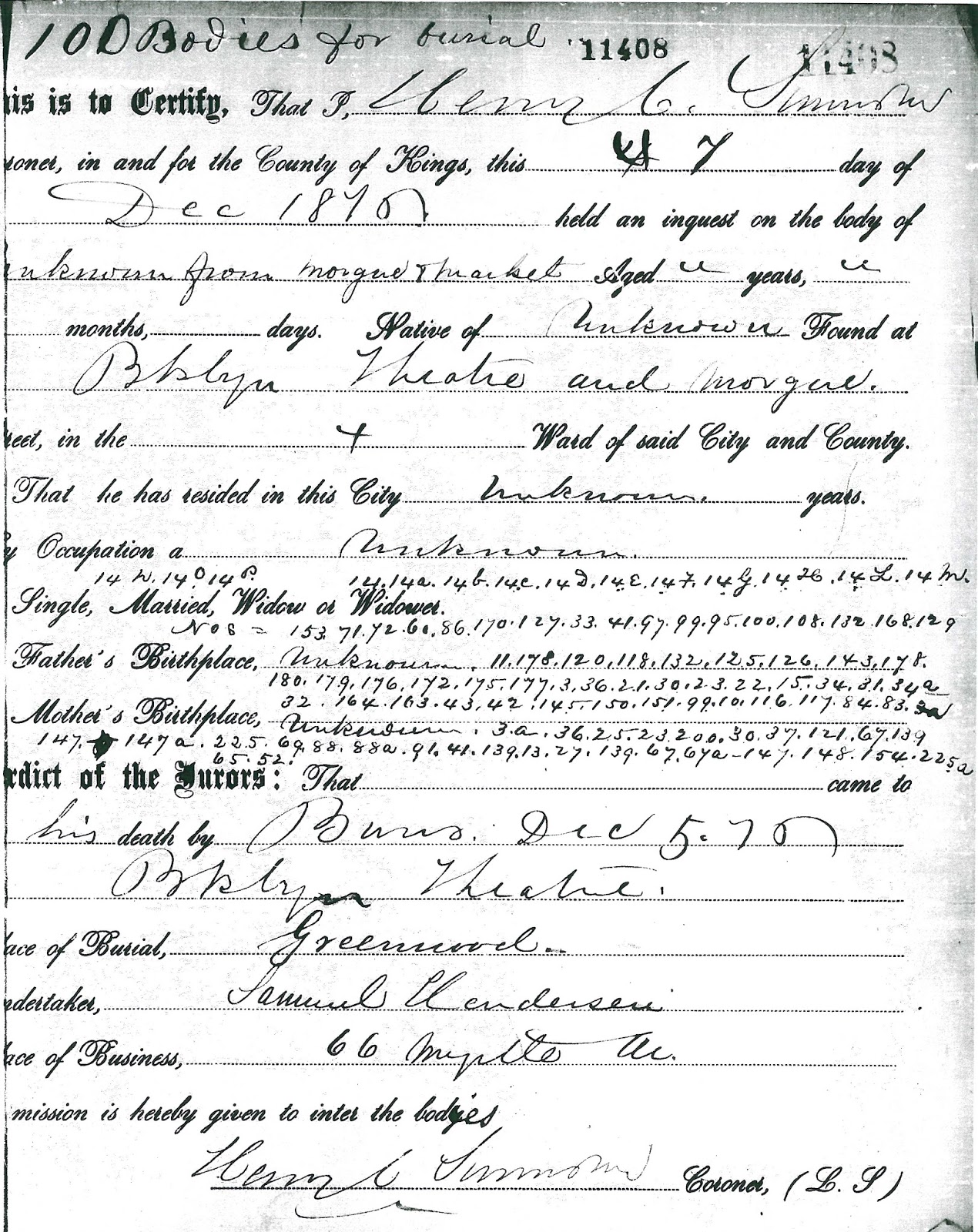 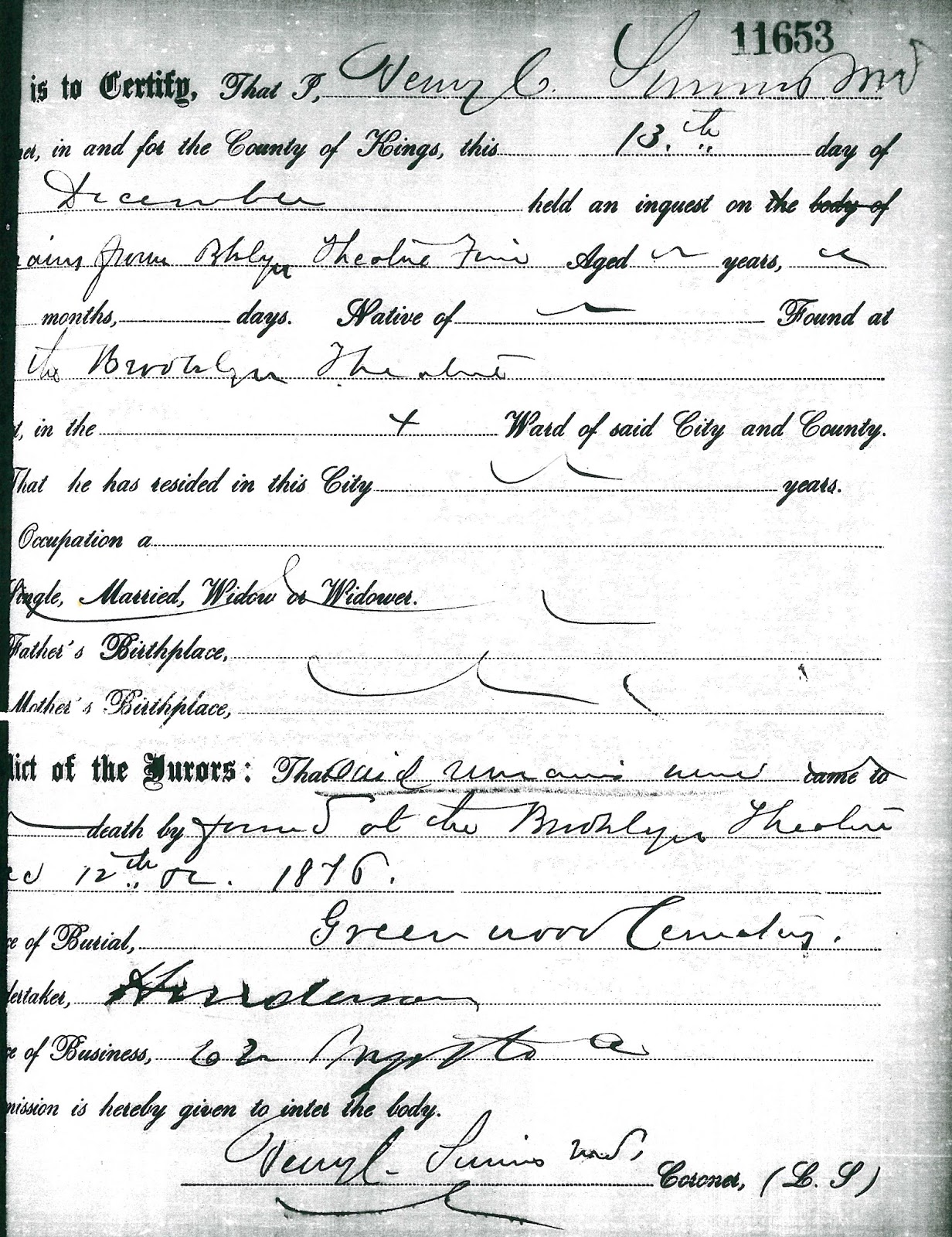 Certificate of Death 11653 issued for one victim’s remains “found at the Brooklyn Theatre Dec 12th, 1876”